We had another great day today. Amanda is back to fill you in on what our day looked like…

Last night (Monday) there was the rumble of thunder, lightning in the sky and a storm passing by and we were thankful that the rain did not come during the work day. The cool breeze and fresh air made sleep pleasant; but, we woke to no electricity. All team members remained positive and we were thankful for hot coffee and hot breakfast of oatmeal, blueberry muffins, watermelon and the sweetest pineapple.

Following breakfast, we loaded into the back of the work truck and we were off to the work site. It is an experience riding over the potholes, around the curves and ducking under flying tree branches. Everyone was thankful for the cloud coverage and cooler temperature for work today. The team and Stacey and her family quickly got to work on the house. Three more walls were put up and painted, windows and doors were cut out, and the rafters were put on the roof. We are amazed at how quickly the house is going up and the relationships that are being formed between our team as well as with the Jamaicans on the build site.

After lunch, part of the team returned to RAISE and continued to work on the walls of the produce storage building. The team mixed concrete and learned the proper technique to fling it on the wall. (We’re working on finishing some concrete walls.) There was lots of laughter and relationships formed with the RAISE workers on site. At the end of the day, Vacation Bible School continued. Some of the children from the first day invited their friends and there was a larger turnout. The children are a joy to be around and really enjoy the singing, coloring, teaching and interaction with the team.

The entire team returned to the Mission Guest House and enjoyed a traditional Jamaican dinner of fried chicken, red beans and rice with red sauce, cooked cabbage with cheese and homemade rolls. Following dinner, we loaded back into the van and went into town. The first stop was visiting local artists who create and paint pottery. We then ventured into downtown Highgate where everyone got to enjoy ice cream which was a sweet ending to a beautiful day.

We are so thankful that God has provided this opportunity for us to come together and share this experience. When our team met in January for the first time, we were a mixed group of people unsure of what we had in common: married and single, with children and without children, full time workers and stay at home moms. It is so amazing to see the friendships forming as we are doing God’s work here in Jamaica! 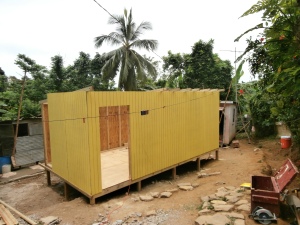 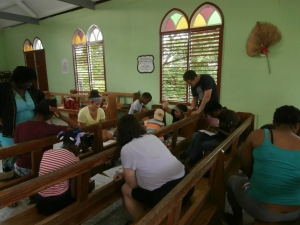 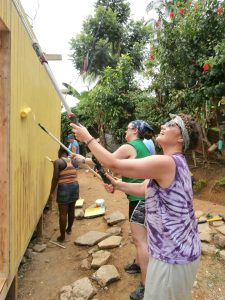 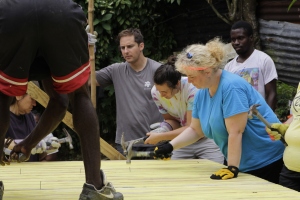 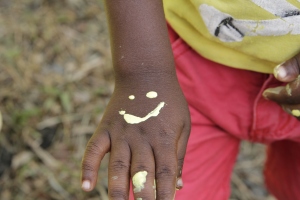 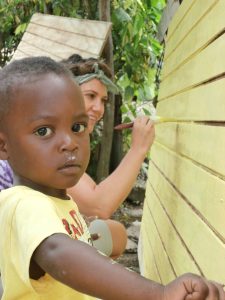 One response to “Jamaica – Another Great Day!”